I want a (110v) pilot light to indicate my closet light has been left on.

The switch box has only a single of each: hot, neutral, ground–no wirenuts–so it’s downstream. Therefore it seems anything I connect in this box will be wired in series to the light. Is there a way around this?

I stole this image from Joe. It’s nearly perfect, but IIRC the lamp fixture also had a ground terminator.

I want the pilot in the (single gang) wall plate as found in a review of this item, which I’ve purchased.

This little LED has only 26-gauge wire, likely making a series connection an unwise overload risk. Heat shrink conceals something on one of the leads, and I don’t know what it’s for. I suspect it regulates the AC current for directional flow–do LEDs require this?

I’ve already mounted the LED in a plate, but my final solution doesn’t necessarily require this specific LED. I do like the small size and its brightness.

I have several larger, red ones that are not this specific item but look the same to me. I could use one of them if necessary.

My red LED has 18 gauge wire, so I tried wiring one in series. But the closet light only flickered (far slower than 60-cycles) while the LED indicator turned on. The housing is easily spacious enough to contain whatever is lurking in the other’s heat shrink. So maybe my directional current hunch is correct, and certain components in each light (indicator and fixture) conflicted, resulting in the flicker.

Both LEDs light up when I just stick them in an outlet, so I assume there’s no malfunction with either one.

Finally, I’d rather this look good when finished; it’s in my master BR. While Decora is preferable, I can settle for the traditional style toggle. I’d prefer to avoid an industrial-looking switch:

My closet light switch is outside the closet, and when I’m in a hurry I tend to close the door without remembering to turn off the light. It’s easy to miss until returning at night when the light is visible under the door.

Lately that’s happening more frequently, and it’s stressful coming home to learn I’ve wasted ten hours of electricity. The closet light is an LED, so this is more for principles of efficiency, conservation, and peace of mind than actual money loss.

The closet light is an LED (not incandescent), so it’s probably inadvisable to "cheat" and repurpose the ground as neutral–but I’m open to suggestions from someone smarter than I am. The walls and ceiling are finished, so pulling wire would be enough hassle to cancel the project–I’d rather install a pull-chain switch inside the closet and replace the existing wall switch with an in-series jewel light.

I initially sought a manufactured solution, but I’m flummoxed by how many "nightlight" variants are available and yet I can’t find a wire-and-go switch where the indicator turns on while the load is powered.

I’m confident if both the closet and pilot lights were incandescent they’d work in series–but that seems a step backward after upgrading to more efficient LEDs. Then again, leaving an LED on long enough spends as much money as an incandescent that’s always noticeable enough to turn back off when I’m done. :,/

Several DIY SE questions look very similar but differ, with this one being the closest I’ve found–his intent similiar to mine. My initial thought of using a double-pole switch was mistaken–as I’m still downstream from the light–so I’m struggling to conceive a non-series connection.

There’s probably enough room in the junction box for a small transformer; if I give up on 110v I might search for a DC LED with a small power supply, rigging that instead. Of course I’d first leave it plugged in somewhere for a week to ensure it wouldn’t overheat. That seems to be the very-long-way-around solution, but I suppose it’d work. I expect it would also draw more current than the other solutions, negating its own benefit.

Seems like this should’ve been a ten-minute-trip-to-Lowes solution, and I’ve already killed a million brain cells over it. Thanks in advance for any guidance here. 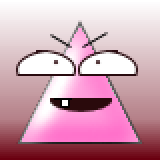